Poverty, in this world, is a universal phenomenon. Its clutches grasp men and women, young and old, black and white. The poor people are not poor by choice. Most of them have been deprived of many of the opportunities that the non-poor have received. There are many arguments about how to get rid of poverty. It is my opinion that poverty will never be completely eliminated from any country of the world. Our best hope is to use all resources to reduce poverty to a minimum level. What exactly is poverty and whom does it affect? Many people don’t fully understand what poverty is and don’t think it occurs in Pakistan. But the truth is that it does affect families and communities in this country. Poverty is a hunger. Poverty is lack of shelter. Poverty is being sick and not being able to see a doctor.

Poverty is not being able to go to school and not knowing how to read. Poverty is not having a job, is fear for the future, living one day at a time. Poverty is losing a child to illness brought about by unclean water. Poverty is powerlessness, lack of representation and freedom. Poverty has many faces, changing from place to place and across time, and has been described in many ways. Most often, poverty is a situation people want to escape. So poverty is a call to action – for the poor and the wealthy alike. 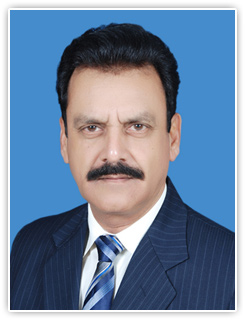 Pakistan is one of those third world countries, which lack medical facilities, skilled doctors and trained paramedical staff. The country is dying, there is not a corner of it, from education to transport from welfare to communications, that isn’t falling apart from fraud, incompetence and neglect. Children starve and the sick die. The victims are the man-in-the-street, the poor and the very poor and the children have no future. Everybody from the top to the bottom has taken his cut. No education for the poor. No health. No public facilities and the greatest, perennial nightmare: no protection of life and property; and no justice.

There is a significant need to reduce this poverty around us before it is too late. It is responsibility of every citizen to create a system through which the poor can acquire the necessary resources, reduce their vulnerability and attain a minimally acceptable level of existence.

Labbaik is extending cooperation and doing efforts for the people who deserve. We need your moral and financial support for the continuation and improvement of our mission.

We hope that in the presence and seeing of Almighty Allah, we can join hands and work together for the betterment and welfare of human beings.